For years, Karen Magee Mellon was diligent about getting an annual mammogram, but then life just sort of got in the way. She left her corporate job to spend more time with her daughter and then hurricane Sandy hit. The appointment didn’t get made.

When she went in for a routine doctor exam, she was surprised to find out that it had been over a year and a half. It’s a concern, she said, because she has fibrocystic breasts. Although this common condition doesn’t increase her chance of getting breast cancer, it can make it more difficult to detect the disease, so regular mammograms are important. She’s also a former smoker. Although she gave it up years ago, that does increase her chance of getting breast cancer.

These days, Karen said, her health is even more important to her because she’s a mom to a daughter she tried to have for a long time. 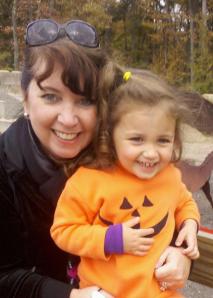 “It’s not just me anymore,” she said. “I have to be healthy because I’m an older mother.”
Still, she might have put off the mammogram a little bit longer except that she learned she could make an appointment at an ella health center conveniently located in the same building as her doctor. She was able to immediately set up a 3D breast cancer screening exam for just a few days later.

Walking into ella health was a surprise, she said.

“It felt like a spa,” Karen explained. “The music was soothing, it wasn’t crowded, and the lady who greeted me was so nice.”

The exam itself was pain free even though she had a sore shoulder from an injury sustained during hurricane Sandy.

Now that she’s been to ella health and seen how smooth the process can be, her advice to other women is to stop putting off their mammogram.

“Don’t be afraid, just make the call,” she said.